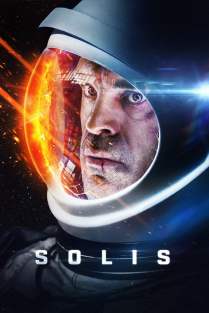 To celebrate the UK VOD release of sci-fi thriller SOLIS, I spoke with writer and director Carl Strathie about the trials and tribulations he went through making his debut feature film.

When Troy Holloway (Steven Ogg) wakes up to find himself trapped aboard a drifting escape pod shooting towards the Sun he quickly realises the true terror of his situation. With rapid oxygen depletion and a burn- up rate of 90 minutes, Commander Roberts (Alice Rowe) leads a rescue party to save Holloway before time runs out.

Having recently lost his son and now confronted by his immediate end, Holloway feels less enthusiastic about survival. But Roberts, speaking to him only through a weak radio transmission, is determined to save his life, and both soon learn that the lives they have both lived influence each other in unexpected ways.

This is part 1 of our conversation…

CFC: In your own words, what is SOLIS about?

CS: The storyline is that there’s a guy in an escape pod drifting towards the Sun – it’s a ticking time bomb kinda film. But for me, the core of it would be that SOLIS is more about grief and specifically a guy trapped in a bubble of his own grief. You can see that Holloway is on a lifeline in his own mind trying to survive. That’s the heart and soul of what it’s about.

CFC: How did you make the transition from short films to a feature film?

CFC: How did you come up with the initial idea for SOLIS?

CS: I had all of these ideas but no one was going to invest in us and the ideas were too expensive. So Solis literally came about as an equation with me sitting there thinking “Right, this is cheap, 1 guy, 1 locations, how can we do this?”

CS: Yeah, I noticed in your review [posted here] that you mentioned Buried, which is really good because I watched that and I was like “Damnit, that would’ve been perfect for a first film”. Even though, I think that their budget for that was still like $5 million. But that’s Ryan Reynolds though. I mentioned it a lot to Steven [Ogg] and the crew as it’s got a similar tone. It’s similar but completely different at the same time.

CFC: Did your situation inform your writing process?

CS: SOLIS came from a desperation about making a film and it’s true in the nature of the film as well, it’s about hanging in there and not letting go. It was a difficult time when I was writing the script. Charlotte and I were surviving by eating out of tin cans and I’m writing this script thinking, “What am I doing? I need a normal job”. We were both working part time jobs and we had no guarantee as we had no money. I literally could’ve been sat there wasting my time writing this script when I should be earning real money, not knowing it was ever going to happen. And it was still 3 years from that point when we actually got the money for it.

CFC: Do you have any advice for filmmakers also hoping to make the jump from shorts to features?

CS: I speak to a lot of filmmakers and you almost feel guilty about how some of these people feel. A bit of advice that I offer all of them is: I was in their situation once, looking at other filmmakers and wondering how they were doing it. Ultimately, there’s no right or wrong way so everyone has a different story. I tried to follow the path of other filmmakers and it didn’t work out. It’s always different which means that you don’t know when or how it can happen. So you can be your own God and think, “This is my way and I’m going to try my hardest and hang in there.” I was making short films in 2012 and it wasn’t until 2016 that SOLIS was shot. But I’ve wanted to make films all my life so it feels like much longer.

CFC: What were the first steps you took towards getting SOLIS made?

CS: I was still in the process of writing Solis and we had nowhere to go with it. I said to Charlette that no one is going to care about us if it’s script-first. We were finding that lots of people were willing to buy the script and I figured that even if we just sell it then that’s cool, we’ll still get a little bit of money.  But on the other hand, that money would never be enough to make a film so I needed to direct it, which meant that we needed someone behind us. Someone notable in the film world to help draw attention to our project.

CFC: Casting is very important for a project like this, how did you decide upon casting Steven Ogg as Troy Holloway?

CS: Having completed the Solis script ages ago (although it was quite different to what it is now), I was playing Grand Theft Auto 5 which stars Steven Ogg as Trevor Phillips. I was very interested in the making of games like this, games that are more like movies and in how you have actors from both mediums switching places. This all led me to Steven Ogg so I started following him on social media. At the beginning, I thought he was crazy, he was like Jack Nicholson, and that’s what I had the lightbulb moment that something was missing from SOLIS. I started picturing it with Steven in the main role and ended up re-writing it with him in mind. So I figured that we should send it to Steven, which at the time seemed like a bit of a dream, but I tried it anyway. 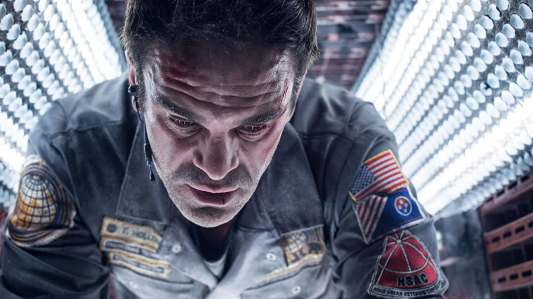 CFC: So you then reached out to Steven?

CS: Charlette contacted Steven’s team pretending that we were in an office, trying to pretend that we’re as professional as we can be, pretending to be busy. Charlette is very well spoken compared to my Essex accent so she handles all the contacts and it tends to work out for the better. She also has the mind for all the business stuff. So she gave it to Steven’s team and a week later, he rung me which was surreal because I’d only ever heard his voice as Trevor. He said that you could easily read the script as a Hollywood action film but that it is actually really deep and profound and that there is a lot of emotional thought and depth. I was glad that he saw in the film and that’s when he came on-board.

Steven was then with us for three years as we couldn’t find the money. However, once Steven got cast in The Walking Dead and gained some notoriety in the UK, then we could get the ball rolling.

CFC: What about casting the role of Commander Roberts?

CS: We went through loads of actresses trying to find someone for Roberts who we could have on set acting with Steven live. But we didn’t have the money to afford an actress on set so we used an actor friend as a stand-in. I didn’t want to have just anyone do it because we knew we needed an actress as Steven would need to improvise and we needed someone who could keep up and bounce off him.

CFC: How did that work on set?

CS: In the film, Holloway has an ear piece and that was a working ear piece and the stand-in was talking to him live from a different room. He also had me because there’s so much special effects in the movie that I was doing sound effects in his ear. 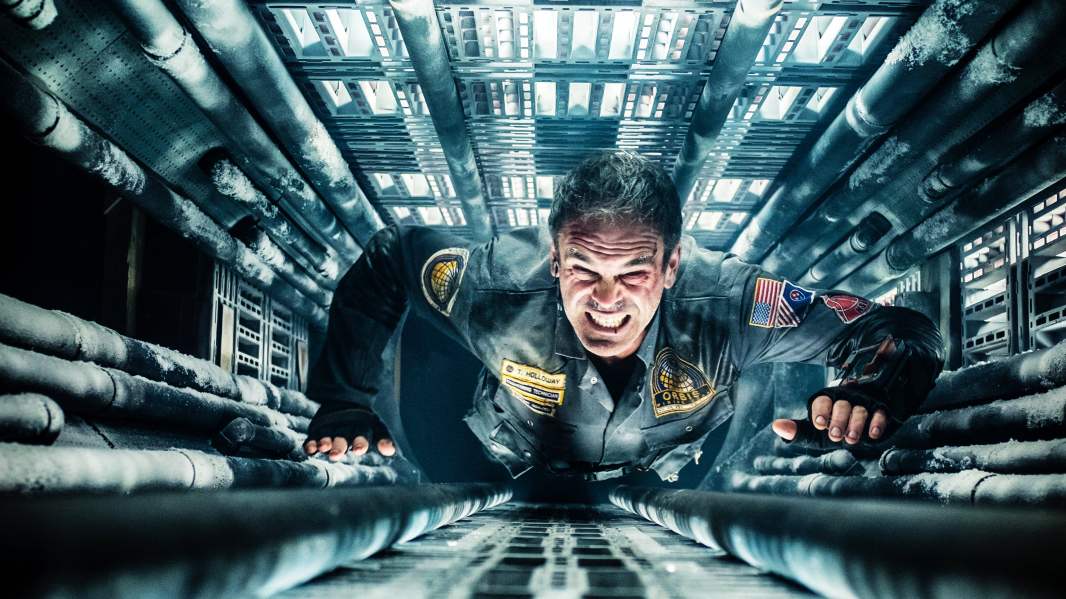 CFC: What was the process for casting Alice Lowe?

CS: During post-production, we still didn’t have our Roberts. We went to a film festival in our local area and Alice Lowe was there as she had just finished Prevenge. She was actually sitting next to me when we screened a little promo for Solis which she reacted positively to. But it wasn’t until 2 weeks later that I realised how perfect Alice would be and one phone call later, she was on-board.

CFC: How long did it take to record her line?

CS: It took us 2 days. To record her lines, she didn’t watch the film first, which was a great idea as Roberts can’t see what Holloway is doing anyway. She is effectively blind. And there were actually little errors in the script, obvious things, where Roberts knows things that she shouldn’t because she’s not actually there. So Alice helped to naturally iron out these things. Alice had the much harder job as Steven had laid the foundations for her performance due to his improvising with the stand-in. It was tough but she said it was fun and she was absolutely great…

Part 2 of our conversation will be posted later this week.