Everyone loves a good fan theory, a creative ‘What If’ exercise to expand and develop a piece of pop culture that we all know and love.

With the release of Pokémon Let’s Go Pikachu & Let’s Go Eevee, I’ve been thinking a lot about the world of Pocket Monsters and I’ve developed a theory of my own. An answer to a fascinating Pokémon mystery that started with this simple Pokédex entry in Pokémon Ultra Moon:

“Sad that its true identity may be exposed, Mimikyu will mercilessly seek revenge on any opponent that breaks its neck.”

Whilst perhaps a little overly violent, this entry does raise a very interesting question: what is Mimikyu’s true identity?

In every Generation of the Pokémon franchise, the player starts off in their bedroom. They usually have a minimum of a bed, a PC and a Nintendo games console. As the Generations have gone on, the Player’s console has been updated so in Gen I (Pokémon Red & Blue) the player has a SNES, in Gen IV (Diamond & Pearl) and Gen V (Black & White) the player has a Wii and in Gen VII (Let’s Go Pikachu & Let’s Go Eevee) the player has a Switch.

So we have established a reasonable argument for the Pokémon videogames existing within the Pokémon universe.

‘M (00) is a Bird/ Normal glitch Pokémon that first appeared in Gen I and is only discoverable if the player performs the Old Man Glitch. ‘M gets its name from the only typographical characters in its name, the rest of its name is impossible to produce in text and is instead represented by tiles that differ depending on the Player’s current location.

For most purposes, ‘M acts like a regular Pokémon, it can be caught, used in battle, taught new moves and even has a Pokédex entry. Listed as Pokémon no. 000, ‘M has no information in its entry other than its basic stats of height and weight (23 ‘ 0” and 880.6lb respectively). If caught, ‘M had the benefit of increasing the quantity of the Player’s 6th item in their bag to 128, even if that item normally only appears once in the game such as the Master Ball, but would also corrupt any Hall of Fame data the Player had.

‘M shares its tiled appearance (see above) and many of its attributes with its more famous ‘sister’ glitch MissingNo. However, whilst MissingNo made the transition from Pokémon Red & Blue to Pokémon Yellow, ‘M did not as the glitch was fixed and has not been reproducible in any future title. The important part here is that the full title of the game is Pokémon Yellow: Special Pikachu Edition with Pikachu on the box art and Gameboy cartridge.

Mimikyu is a Ghost/ Fairy Pokémon that was first introduced in Gen VII, the seventh instalment of the Pokémon videogame series. Mimikyu, whose actual appearance is unknown, hides under a handmade Pikachu costume and is very protective of its secret identity.

When the disguise is damaged in battle, the head droops to one side and Mimikyu will then spend a great deal of time repairing it, with the difficulty often enough to make it cry. According to the Ultra Sun Pokédex entry: “It stands in front of a mirror, trying to fix its broken neck as if its life depended on it. It has a hard time getting it right, so it’s crying inside.”

Mimikyu’s actual appearance is said to be so terrifying that it kills anyone who sees it. According to the Pokémon Sun Pokédex entry: “…A scholar who saw what was under its rag was overwhelmed by terror and died from the shock…” And the Ultra Moon Pokédex entry: “…A gust of wind revealed what hides under this Pokémon’s rag to a passing Trainer, who went home and died painfully that very night…”

In summary, Mimikyu is a Pokémon with a deadly physical appearance and a disguise that it will maintain at all costs. A disguise to hide its true identity. So who is Mimikyu’s true identity?

Based on this evidence, let me tell you a story set in the Pokémon universe… 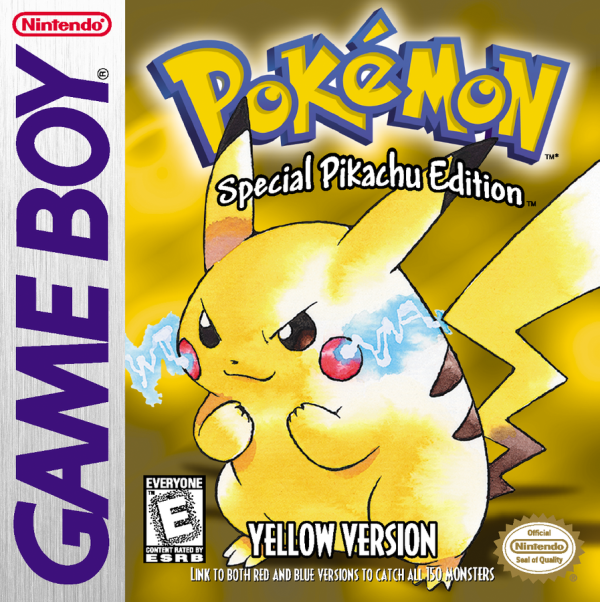 In the Kanto region, there lived a lonely Bird Pokémon, called Mimikyu, which had such a terrifying appearance that anyone who saw it, died of shock. As a result, Mimikyu was forced to live in solitude, unloved and alone, fading from the public consciousness.

However, when Nintendo announced that they would be producing a videogame based on Pokémon, Mimikyu was delighted that it would be included and should it receive a positive reception from players, Mimikyu would finally be accepted by society.

Unfortunately, the programmer responsible for including Mimikyu was unable to bear its horrid appearance and died before it could be properly entered into the game.  Mimikyu’s half-finished code was included in the final release but resulted in a terrifying glitch, which players called ‘M from the only readable letter of its name.

After the unbelievable success of Pokémon Red & Blue, Nintendo announced plans for Pokémon Yellow: Special Pikachu Edition, which Mimikyu saw as a second chance to finally be fully included in the game. Unfortunately due to the potentially game breaking nature of its glitch, Nintendo instead decided to completely remove ‘M and no trace of Mimikyu remained.

Heartbroken, Mimikyu returned to obscurity and eventually died from its own self-loathing.

However, thanks to its emotional turmoil, Mimikyu was reborn as a Ghost/ Fairy Pokémon, able to manipulate its size and shape. Seeing the successful videogame franchise as its chance to finally be accepted and loved, Mimikyu devised a plan.

Figuring that Nintendo would eventually base a game around the famed Alolan Region, Mimikyu moved there to build up its reputation. After admiring the special attention that Pikachu received for its cuteness, Mimikyu built a handmade Pikachu costume to hide its form. Under this guise, Mimikyu found the general public more accepting of its appearance with trainers willing to catch, train, battle and trade them. Finally in Gen VII, Mimikyu’s wish came true and it was included in Pokémon Sun & Moon as Pokémon #778.

Mimikyu was ecstatic and reveled in its newfound popularity. However, with that came the constant fear and paranoia that should its secret ever be discovered and its fatal true form revealed, Mimikyu would be removed from the Pokémon videogames once more. So Mimikyu resists anyone looking under its rag violently and should the rag be damaged, it will fix its disguise as is if its (virtual) life depended on it. The fear of returning to the painful solitude of obscurity is enough to make the chronically lonely Pokémon cry.

So to recap, there are three main arguments to this theory:

I’m probably not the first or last person to think of this but I wanted to get it out there and get some feedback from some other Poké-Theorists.

Did you like my theory? Do you agree with some of my points but not others? Do you have a theory of your own?