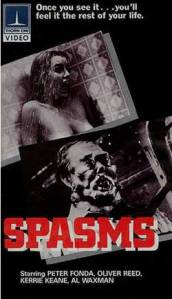 “Based on the novel ‘Death Bite’ by Michael Maryk and Brent Monaham, a man develops a psychic link with a giant snake after it kills his brother. He brings in a psychologist to give him some answers but a snake-worshipping Satanist cult accidentally set the beast free. Now they must work together to stand any chance of defeating the serpent!”