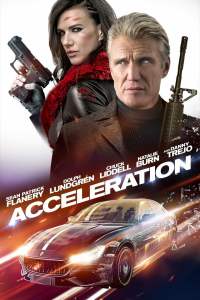 The Movie Partnership have confirmed that the adrenaline fuelled action-thriller, Acceleration will be released across all digital platforms from 6th April.

Vladik Zorich (Dolph Lundgren), a crime lord whose tentacles permeate the underbelly of a seedy Los Angeles as he deals in guns, gambling, drugs and skin trafficking, finds himself double-crossed by his most trusted operative Rhona Zyocki (Natalie Burn).

Vladik’s propensity for power, control, and violence drives him to kidnap Rhona’s young son. To ensure her son’s release, Rhona is forced to participate in a planned elimination of Vladik’s enemies and allies. As her son’s life hangs in the balance, Rhona struggles to find and eliminate Vladik’s most violent and twisted enemies and retrieve valuable goods and information, all in one fateful night.

To keep her on a short leash, Vladik sets out the “rules” to his “game” and oversees Rhona’s every move as she navigates the darkened streets of Los Angeles. However, Vladik underestimates the power of a mother’s love — and finds himself losing control as his devious plan slowly unravels.

Acceleration will be available on Digital Download from 6th April and can be Pre-Ordered. 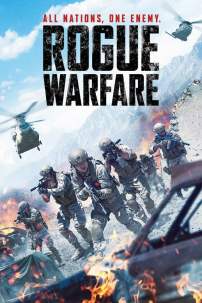 The Movie Partnership have confirmed that the Rogue Warfare trilogy will be released across Digital Download platforms, with the first in the series set to be available from 10th February.

The second and third installments, Rogue Warfare: The Hunt & Rogue Warfare: Death Of A Nation will be released monthly and made available from 16th March and 13th April respectively.

Will Yun Lee (Altered Carbon) is Daniel, part of an elite task force made up of soldiers from across the world, united to eliminate a common threat to civilization, the sinister group – the Black Masks. Rogue Warfare also stars action veteran Stephen Lang (Avatar, Don’t Breathe).

In the war torn desert of the Middle East, a new threat rises. The Black Masks, combining technology, an unwillingness to compromise, and brutal violence, stand on the forefront of national security to all nations and they must be stopped. The United States, along with the permanent members of the security council have held top secret meetings approving a covert mission to stamp out this new organisation.

With unanimous approval from China, Russia, Great Britain and France, an elite squad of special forces is assembled, drawing representatives from each nation, who are classified as the very best each nation has to offer. They stand ready to carry out the world’s most important mission: find and destroy The Black Masks.

Rogue Warfare: The Hunt will be available on digital download from 16th March and available for Pre-Order here

Rogue Warfare: Death of a Nation will be available on digital download from 13th April and available for Pre-Order here 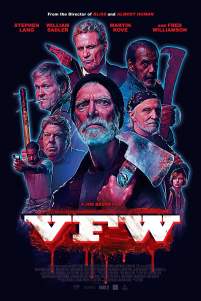 The Movie Partnership & FANGORIA are excited to announce that their latest action-horror, VFW, will be celebrating its UK Premiere at FrightFest Glasgow 2020 on Saturday 7th March at the Glasgow Film Theatre ahead of its Digital Download release on 9th March.

The film is set in the near future where the city has been reduced to a dystopian wasteland due to the scourge of “Hype,” a powerful narcotic that induces a simultaneous euphoric and aggressive state in its users. Kingpin Boz (Travis Hammer) impulsively asks a hyper to commit suicide for his own amusement; later, the girl’s teenage sister, Lizard (Sierra McCormick), slips into Boz’s lair and steals his Hype supply in revenge.

Lizard flees across the street to a decaying VFW hall, where she encounters Vietnam veteran Fred Parras (Stephen Lang) and a contingent of ageing soldiers who spend their days reminiscing about their lost youth, growing irrelevancy, and impending deaths. Presented with a final battle and opportunity to go down fighting rather than pass away ignominiously from old age, Fred and his men decide to protect Lizard and wage a final war against Boz, his henchmen, and the hypers.

VFW premiere tickets will be on sale from 12pm Monday 3rd February, via the festival website here: www.glasgowfilm.org/festival! However, don’t forget FrightFest also has weekend passes which will be on sale from Monday 20th January grab them quick to make sure you don’t miss out on any of the gore.

VFW will be celebrating its UK premiere 9pm on Saturday 7th March at the Glasgow Film Theatre & will be available on Digital Download from 9th March. 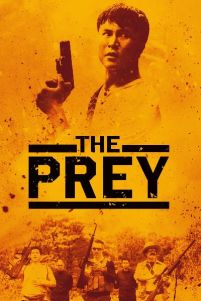 Lightbulb Film Distribution are excited to share the official trailer and poster for upcoming survival-thriller feature, The Prey.

Described as Cambodia’s first $1M-budgeted action movie, the film will be available On Demand and download across all major digital platforms from October 7th, including iTunes, Amazon, Sky Store, Virgin Media and Google Play.

Xin (Shangwei) is an undercover Chinese detective. When the criminals that he is investigating are arrested, he is mistakenly sent with them to a remote Cambodian prison. He quickly discovers that the warden (Pansringarm) has no intention of rehabilitating the prisoners, instead offering wealthy businessmen the ultimate hunting experience; human prey. Xin has no choice but to fight for his freedom in a brutal and sadistic game of hunter verses prey.

Commenting on the release, Peter Thompson, Sales & Acquisitions Director at Lightbulb Film Distribution, said: “We are delighted to be releasing The Prey in the UK. As fans of the director’s last film, Jailbreak, we thought we knew what to expect – but Henderson delivers even more intense violence and spectacular martial arts. It’s 90 minutes of fast-paced action, which will more than satisfy genre fans.” 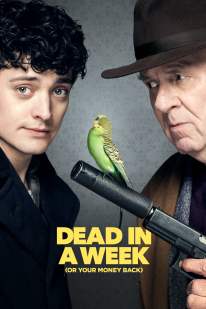 The Movie Partnership have confirmed that their action-comedy, Dead In A Week (Or Your Money Back), will be available on Digital Download from 6th May.

Dead In A Week (Or Your Money Back) is directed by Tom Edmunds and stars Aneurin Barnard (Dunkirk) who leads a strong British cast, including Award Award nominee and BAFTA nominee respectively, Tom Wilkinson (RocknRolla, Batman Begins) and Christopher Eccleston (Dr. Who, Thor: Dark World).

After seven unsuccessful suicide attempts, William outsources the task to Leslie, an ageing hitman on the brink of retirement. But with the contract signed and death assured within a week (or his money back) William finally discovers a reason to live. However, as far as Leslie is concerned, the contract is binding…

Dead In A Week (Or Your Money Back) will be available on Digital Download from 6th May . 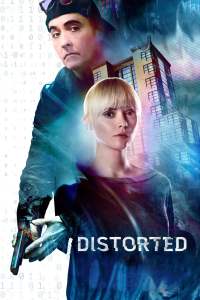 The Movie Partnership has announced that their new psychological thriller, Distorted, has received its release date for digital download on 4th February.

Lauren (Christina Ricci) and her husband Russell (Brendan Fletcher) move into The Pinnacle, a luxury high-rise boasting the latest design features and integrated security systems. While the couple settles into their new high-tech home, Lauren experiences a devastating delusional episode which she blames as a symptom of her bipolar disorder.

It is not until Lauren is exposed to Vernon (John Cusack) an investigative journalist with an interest in cyber conspiracies, that she begins to suspect The Pinnacle may be using state-of-the-art control systems to subliminally brainwash its residents. Pitted against her friends, her psychologist and her husband, Lauren sets out on a dangerous fight to uncover the truth.

Distorted will be available on digital download from 4th February.