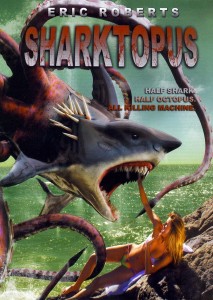 Screenwriting is a very difficult field to get into and a common statistic thrown around is that 95% of writers never get to see their work on the big screen. But what are the chances of having 5 of your screenplays produced by the Syfy Channel and be the go-to guy for the legendary producer Roger Corman?

The odds of that happening are minuscule yet there is a man who can flaunt these credentials and his name is Mike MacLean. Over the past 5 years, Mr MacLean has had a tremendous impact on the Creature Feature world after writing such Syfy hits as Dinocroc vs Supergator, Sharktopus & Piranhaconda.

The remarkably down-to-Earth and hilarious Mr MacLean was even kind enough to answer a few questions for me about his movies, his writing habits and what he has coming up in the future. Anyone planning on penning the next Creature Feature goldmine will definitely want to read below:

How did you get into screenwriting? And why?

I could blather on about my love of movies and how I dabbled in screenwriting during college, but ultimately I fell ass backwards into the film industry. I wrote a story called “McHenry’s Gift” which ended up being published in The Best American Mystery Stories (alongside Elmore Leonard, James Lee Burke, and Walter Mosley). Someone at Roger Corman’s office read it and shot me an email asking if I’d like to try screenwriting.
END_OF_DOCUMENT_TOKEN_TO_BE_REPLACED